Enters into an MoU with the Government of Uttar Pradesh to invest Rs. 39,000 crores in a phased manner over 5-7 years 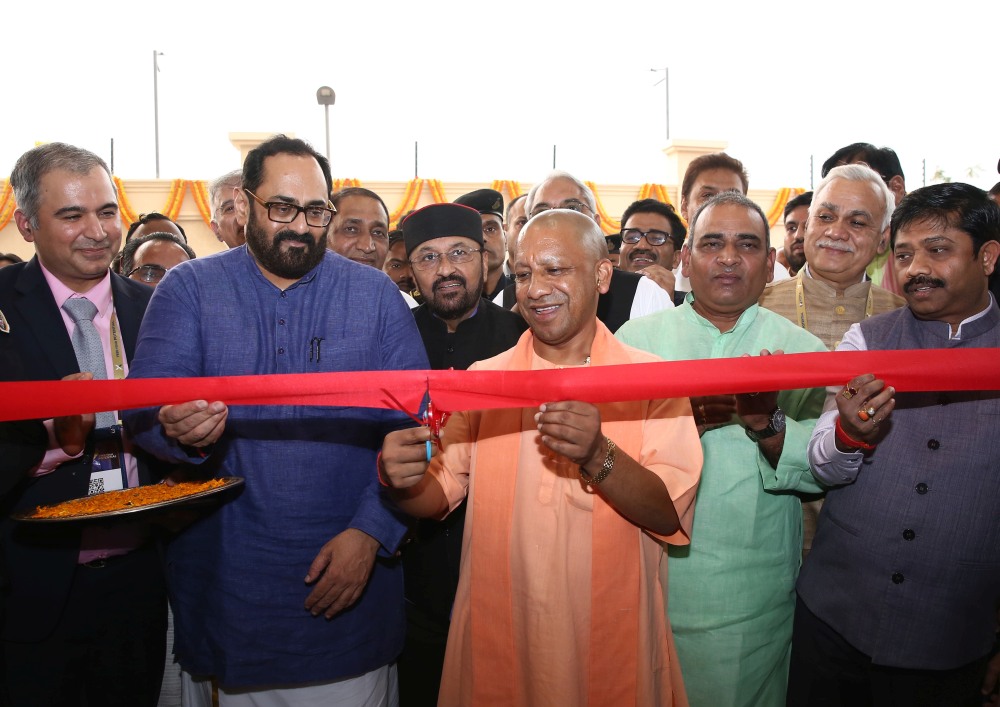 Yotta D1, a part of the Yotta Greater Noida Data Center Park, is strategically located near the key business hubs of India’s National Capital Region, thus providing an impetus to the region’s digital economy. The data center spans 3,00,000 sq. ft., across ground plus 7-floors and offers an IT load capacity of 28.8 MW. Yotta D1 can house 5000 racks across seven server floors and offers fail-safe, 48-hour power backup on full load.

Spread across 20 acres, the Yotta Greater Noida Data Center Park will offer a total capacity of 30,000 racks, 4 dedicated fiber paths and an IT power capacity of 160 MW. In addition, the foundation stone laying ceremony of the next two data center buildings –  Yotta D2 & D3, was also performed during the launch ceremony.

The launch also saw Yotta entering into an MoU with the Government of Uttar Pradesh to invest Rs. 39,000 crores in a phased manner over 5 to 7 years. This investment will go towards constructing the data center campus, procuring IT equipment and other hardware by Yotta and its customers.

Commenting on the launch, Darshan Hiranandani, Co-founder & Chairman, Yotta Infrastructure, said, “India is poised to create up to $1 trillion of economic value from the digital economy by 2025, and North India is already a preferred destination for Fortune 500 companies. Recognising the region’s potential and underserved datacenter demand, Yotta has made continued investments in setting up the Greater Noida data center park, laying a robust foundation for the Digital India growth story. The Hon’ble Chief Minister, Shri Yogi Adityanath, has taken many progressive initiatives, including Uttar Pradesh’s dedicated data center policy, to propel the state’s economic growth. Yotta D1 will further strengthen the region’s digitisation road map.

We see the potential for high-quality data centers in India’s infrastructure development, and we have doubled down on our Pan-India investment plans to the tune of Rs. 30,000 crores. Yotta remains committed to playing its role in the Digital India mission by building world-class data centers and supporting Prime Minister Narendra Modi’s vision of making India a $1 trillion digital economy by 2025.”

Speaking on this occasion, Sunil Gupta, Co-founder & CEO, Yotta Infrastructure said, “We are delighted to launch Yotta D1 – the first state-of-the-art data center in the region. Serving as North India’s gateway to the Digital World, Yotta D1 will cater to the full spectrum of digital transformation needs with an elaborate portfolio of solutions that include datacenter colocation services, network and connectivity, internet peering, public and hybrid multi-cloud services, professionally managed IT services, IT security and smart cybersecurity, and a host of application modernisation and cloud-enabled services. The data center’s competencies are further defined by its multi-layer security and seamless connectivity to leading Internet Service Providers, Cloud Service Providers, Telcos, Content Distribution Networks, and Internet Exchanges. Continuing Yotta’s core mission, Yotta D1 will serve a broad customer segment, including enterprises, hyperscalers, governments and startups.”

The launch of Yotta D1 follows the roll-out of 5G, which is expected to stir a data-led disruption that will demand large data center   capacities, a strong network and connectivity fabric and Edge data infrastructure. This is further complemented by the increasing maturity of AI/ML and IoT applications across domains such as Media & Entertainment, Manufacturing, BFSI, Connected Mobility, and Smart Cities, among others. With its highly scalable infrastructure and dense connectivity to domestic and global networks, Yotta D1 will effectively cater to the emerging needs of these sectors. Further, Yotta’s ongoing pan-India investments in hyperscale data center facilities and an extensive Edge data center network are aimed at transforming India’s digital landscape.